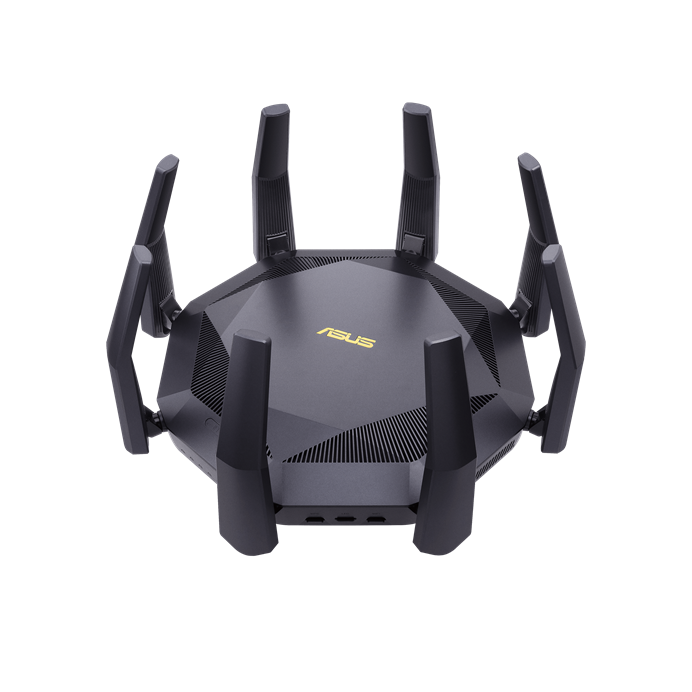 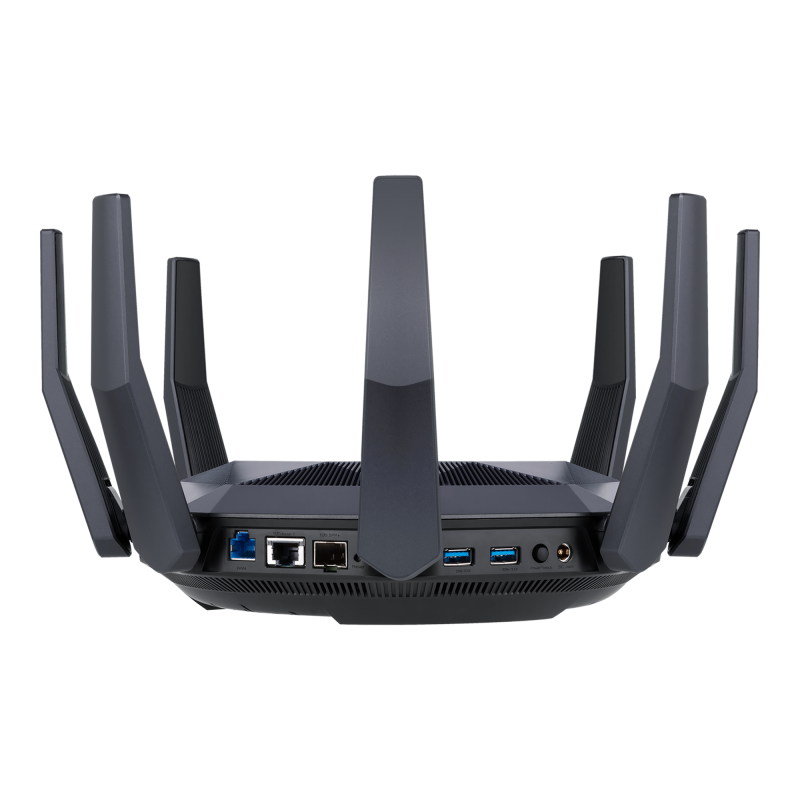 The New Era of Home WiFi Eight Gigabit LAN ports make RT-AX89X the ideal solution if you have multiple wired devices, such as NAS systems, PCs and switches. And, if you ever want to host a LAN party at home, RT-AX89X makes it possible. The RT-AX89X comes with two 10G ports, one Base-T and SFP+ port, which means both fiber and copper 10G connections are supported. Capture ISP advertised speeds or use your own 10G LAN network between PCs and NAS.

With a revolutionary combination of OFDMA and MU-MIMO technology, 802.11ax technology provides up to 4X greater network capacity and efficiency in traffic-dense environments. Previous-generation 802.11ac WiFi can only handle one device at a time on each network channel, which is an inefficient use of available bandwidth. OFDMA support in the 802.11ax WiFi standard divides each channel into small sub-channels, allowing signals from multiple devices* to be bundled together and transmitted simultaneously, reducing latency for a smoother, more responsive WiFi experience.

Commercial-grade Security for your Home Network When you are far away from your router, enjoying the stability of a wired network connection is usually impractical or impossible. With special designed antennas, RT-AX89X provides wide coverage and a stable signal, letting you enjoy a reliable and smooth connection for gaming or work anywhere in your home. RT-AX89X features a top-of-the-line 2.2 GHz quad-core CPU that is more powerful than many desktop processors. With its incredible performance, RT-AX89X maximizes throughput for the best networking performance, accelerates USB data transfers and more.