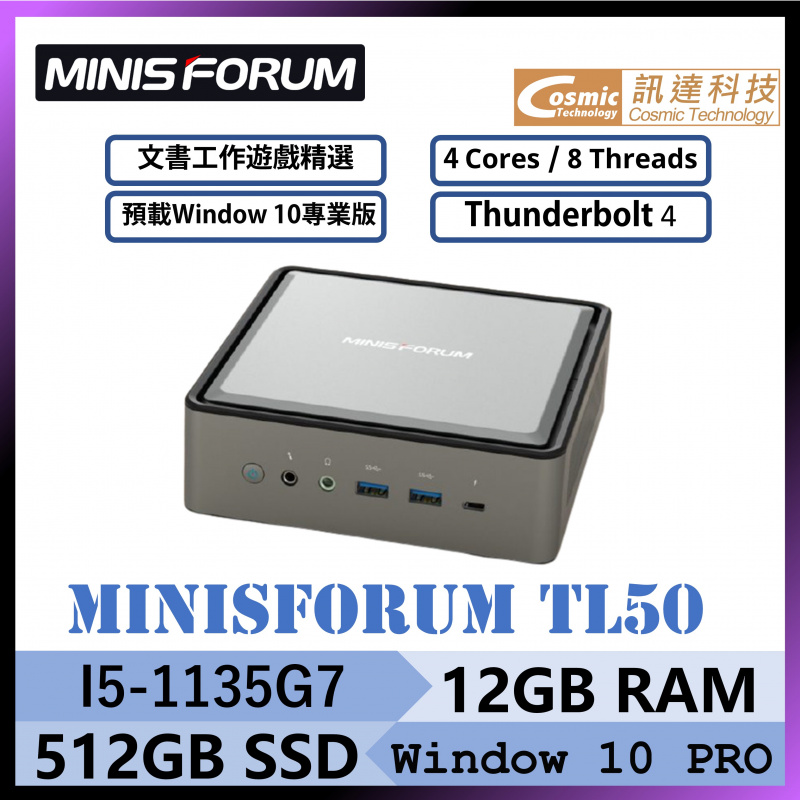 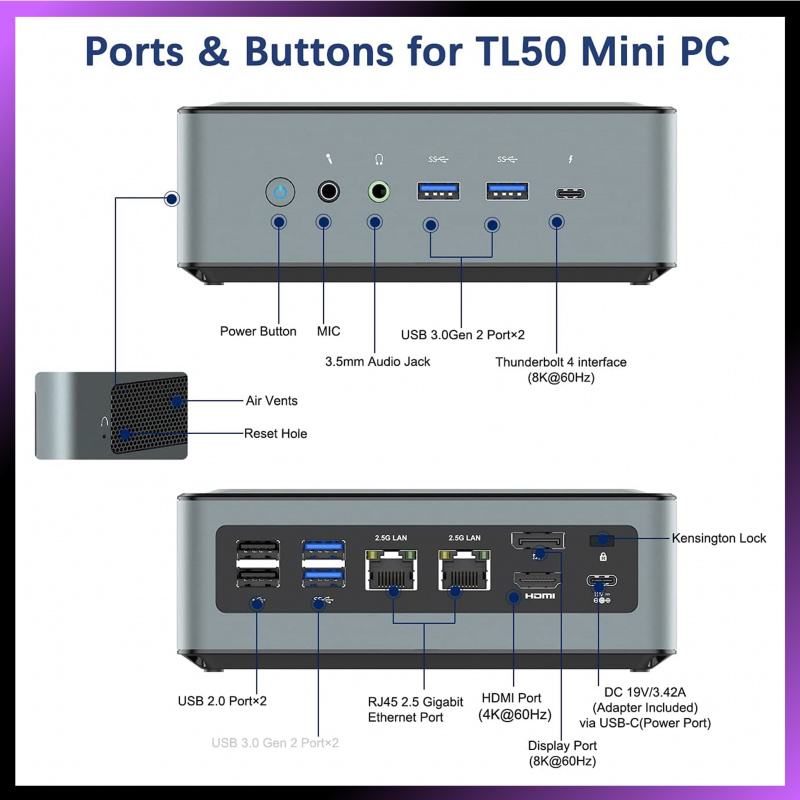 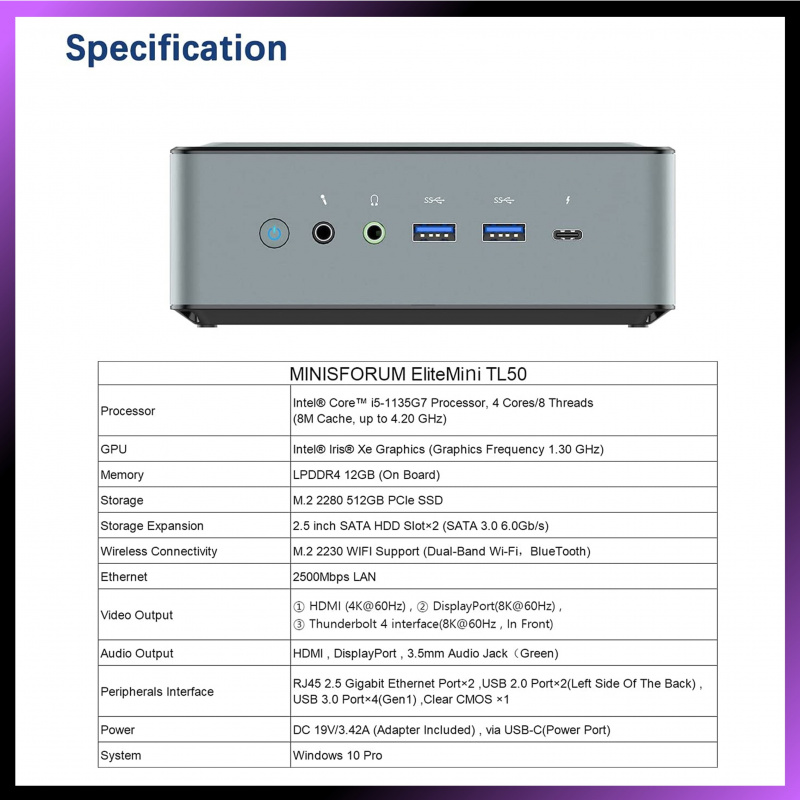 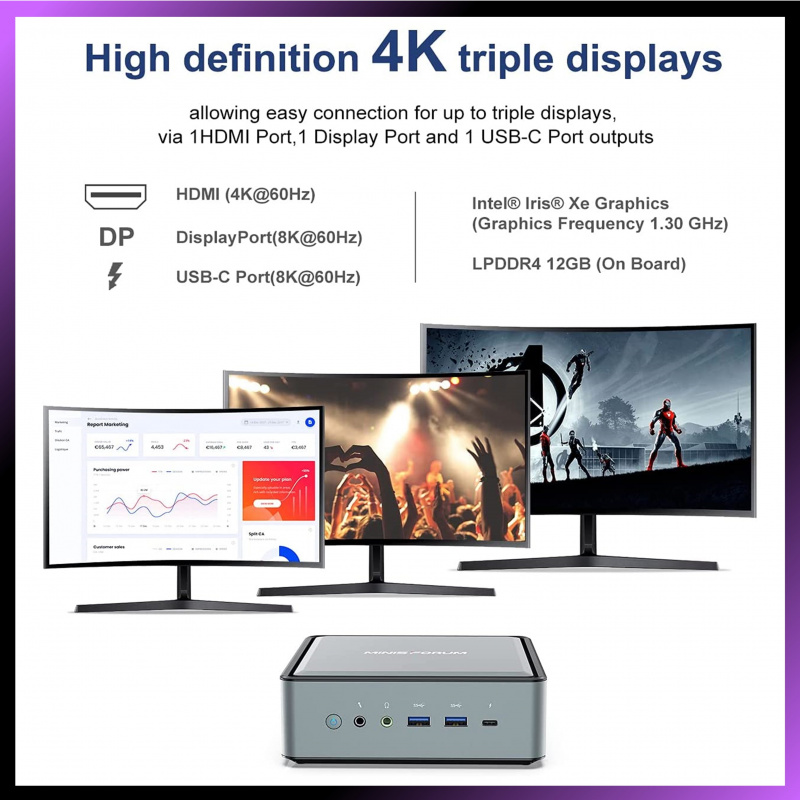 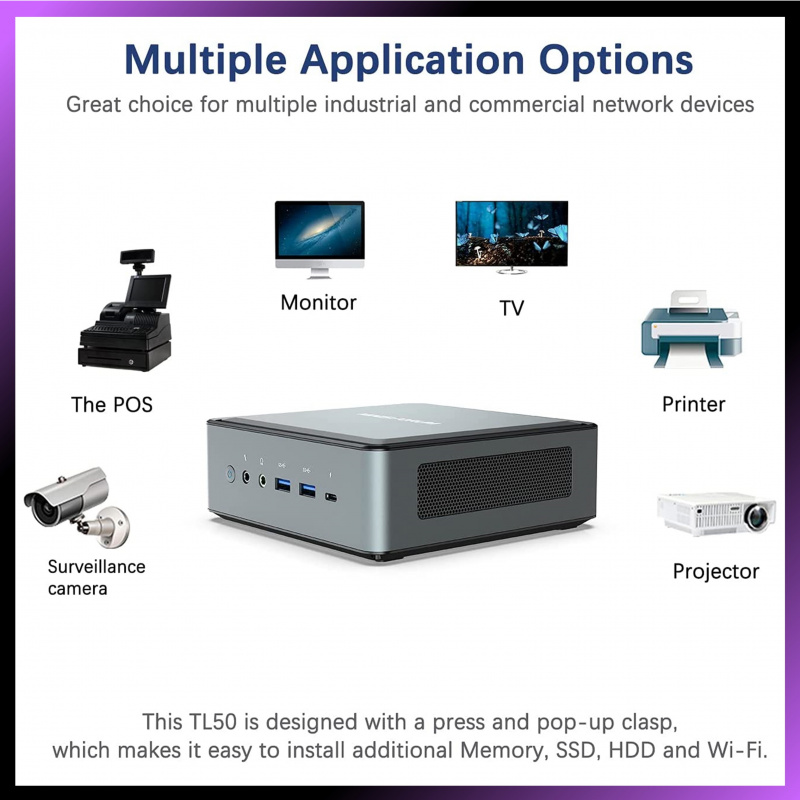 Tiger Lake Core™ i5-1135G7 was announced in September 2020. using the 10nm SuperFin manufacturing process, which is one of Intel's top CPU with excellent computing performance and power saving. It is 20% faster than its predecessor with more cache memory, DDR4 memory and PCIe 4.0 support. Not only ordinary work but also a little heavy games and video editing can be done comfortably. Announced by Intel in July 2020, Thunderbolt 4 is the latest version of the high-speed I/O interface standard and it provides comprehensive functions that can be used with USB-C. Compared with Thunderbolt 3, the data transmission speed of the PCI Express standard will increased from 16 Gbps (2GB per second) to 32 Gbps (4GB per second). It can support 4K video display x 2 screens / 8K video display x 1 screen. Designed ultra-compact for a low-profile placement, EliteMini TL50 weighs only 603g, which is palm-sized and flexible enough to meet all the scene expected in daily life.You can enjoy your PC life in every situation, from daily task handling, 4K video viewing, game playing and even light duty work such as content creation. Also you can expand your viewing area to better meet your needs with 3 displays featuring HDMI (4K@60Hz), DisplayPort(8K@60Hz) and Thunderbolt 4 interface (8K@60Hz).

EliteMiniTL50 comes with a built-in 512GB NVME (PCIe) SSD (up to 2TB), two 2.5" HDD (SATA 3.0 6.0Gb/s) slots are available to increase the capacity significantly and ensure more storage capacity, lower latency, and quicker responsiveness in your workflow. Also, simple motherboard design allows you to gain access to the internals to upgrade your storage In just a few steps. With the included VESA mount, which can be easily fixed on the back of the monitor to make even better use of your desk space


Noise & Performance Test
Are you troubled by computer noise loudly and power consumption?
The TL50 is a micro personal computer with a silent design that normal operation only 39.4dB,
full load 43.4dB.It won't disturb others when you working.